If you want to lead these relentless crusaders then this is the army box for you.   It come with brand new models, an exclusive codex and reference card deck.  Everything you need to take the crusade to the enemy and at a special price.  Don't miss out, when this set is gone, it's gone! 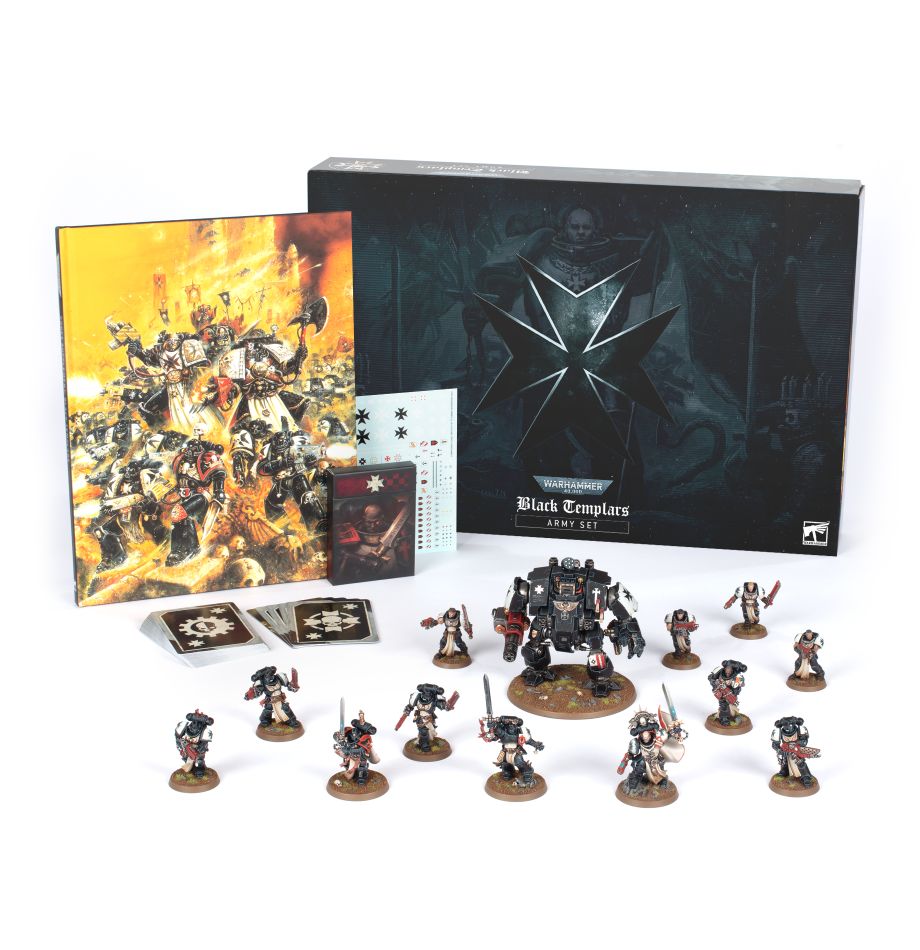 This Black Templars Army Set is stuffed with stunning new all-Primaris Black Templars models, including a Marshal, Emperor's Champion, Neophytes, Initiates, and a Sword Brother. Not only do you get a full 13 models in the box, you'll also find the exclusive Codex Supplement: Black Templars featuring classic wrap-around artwork - it's the only way to get early access to their updated rules and background material. You'll also find a multipart plastic Redemptor Dreadnought in there to support your Eternal Crusade, plus a set of 28 handy reference cards for Templar Vows and Stratagems, 16 of which are new and exclusive to the Black Templars. Also included in this set is a Black Templars Transfer Sheet with a massive 226 individual Chapter icons in various sizes and colours, as well as honour markings and personal heraldry.

DnD: Adventures in the Forgotten Realms Magic the Gathering
December 1, 2021